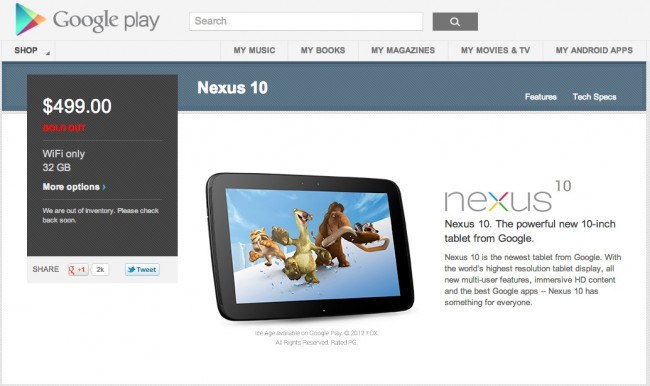 Many of you may be making final holiday present preparations, so we thought an update to the status of the Nexus lineup in the Google Play was in store. If you were planning to pickup a Nexus 4 8GB, Nexus 7 16GB, or Nexus 10 32GB, you should probably consider other options.

Also, the 16GB version of the Nexus 4 is now shipping in 6-7 weeks, however, a number of folks are reporting much quicker shipping times. I for one received mine in about 3 weeks after having been told it would take 4-5. The 16GB Nexus 10 and two other Nexus 7 options are all at 3-5 business days, so they are still in play.