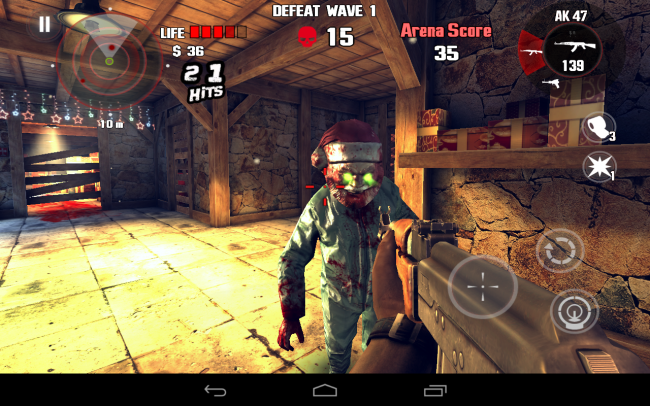 The Madfinger development team is definitely in the Christmas spirit, as they just launched an update to Dead Trigger revolving around the holidays. Inside, you will find a new North Pole Christmas arena, including a new boss called “ZANTA.” On top of that, you can equip a grenade launcher which should certainly help you get through a few waves of rabid reindeer.

What’s in this version: