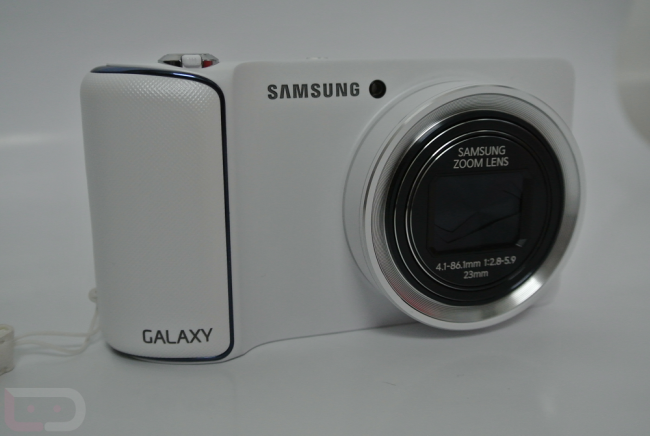 This is a new one for me. I only recently got into photography, from a blogger’s point of view, taking close-up pictures of devices and posting them up on the web. I took some photography classes when I was younger, but never got into the science of it or shared the passion for it as many others in my family have. Using this hybrid device has certainly been a learning experience and it may make me think twice before I go out and buy another point-and-shoot like I have in the past.

The Samsung Galaxy Camera deserves praise in terms of being a good camera, especially when it comes running Jelly Bean, something a lot of Android phones can’t even say yet. Although, does it deliver $500 worth of pictures/video and sharing capabilities to justify a purchase? How Samsung markets this device will be a fun spectacle, as even myself couldn’t explain to my friends as to why it really exists. Do we really need our cameras to have a data connection these days? Do I really need to surf the web or browse Facebook from it as well?

Below, I try my best at delivering an overall fair “camera review” even though I know quite little in terms of cameras. This should be fun.

So, if you would like a TL;DR version, the Galaxy Camera is great, if you know what to do with it. Going for a walk through the park or watching a hockey game, it’s a fun little device to have. If you decide to get mobile data paired with it, it’s an extremely unique experience that will have many around you curious and excited. In terms of it being a $500 camera, it’s not so awesome. Close-ups are fantastic and the zoom is quite good, but with images coming out blurry and unusable more so than not when in low light or at greater distances, it’s hard to justify. For that price, you’re better off going with something else.

It will be interesting to see if the idea of the Android-powered camera takes off. With the Galaxy Camera leading the charge, I think it has a decent fighting chance. The hardest part will be getting people to think they’ll need a data plan on it. It’s sort of like tablets – do you really need data on it? Personally, I have yet to see a need for it, but everyone has their own needs.

To wrap it up, I’ve learned quite a bit from my time with it, but will be happy when smartphone cameras offer more in terms of photography, that way I don’t have to lug this thing around. If you have any specific questions or concerns that I didn’t point out in this review, feel free to share them below and I would be happy to try and field them.