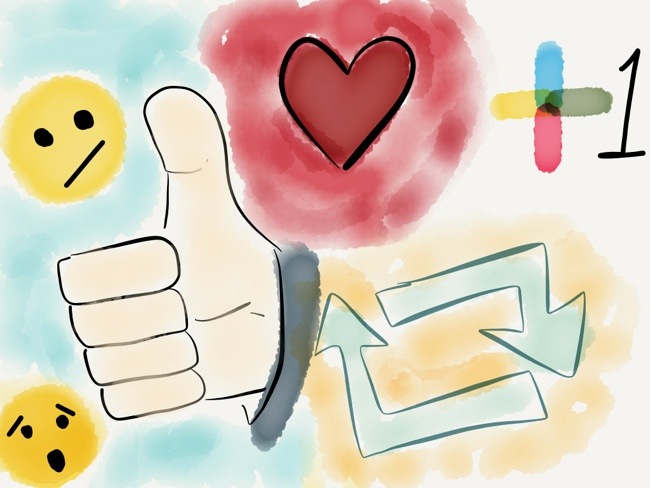 Lately I have been trying to be more conscious of the reasons behind why I post something on a social network. As I near 19,000 tweets I am keenly aware that I share my thoughts more than most people. I am certainly not anywhere near having the most tweets, but as I have participated in social networks like MySpace, Twitter, Facebook, Path, Instagram, and others over the past few years I have adjusted how much I share and how I share it.

When I joined MySpace (somewhere around 2005-2006) it was designed as a simple way to share information about yourself, blog, listen to music, and share photos. I often blogged about my life on MySpace, but it was much more about who you are than what was happening in your life right now. Facebook changed that by implementing a status update. MySpace had a similar feature (share your mood), but Facebook made it the center. I think most people migrated from MySpace to Facebook (a migration that has never been replicated from Facebook to elsewhere despite Google’s best efforts) because Facebook encouraged you to share about now, while MySpace was more like your own website.

Every digital service is centered around two types of interactions: publishing content and rating content. On Facebook you update your status and like a picture of your high school buddy’s cat; on Google Plus you share a YouTube video and +1 your favorite Android app; on Twitter you tweet about whatever mundane activity you’re participating in and retweet that Justin Bieber likes cereal for breakfast; on Foursquare you check in to maintain mayorship of your own house and leave a tip at your local gym; on Instagram you post a picture of your lunch and double tap to like a friend’s image that they filtered to look like it had been recovered from Egypt after the seven plagues; on Path you share what music you’re listening to and laugh at a friend’s story; on App.net you wish more people were there. The list goes on and on.

This year after we finished setting up the Christmas tree at my mother and father-in-law’s house we took a family photo. I posted the picture on Instagram and received a number of likes. The following day, my sister-in-law (who is sixteen) reposted my picture and has triple the number of likes that mine has. I got value out of sharing that picture because family and friends were able to see it, but it would have been just as valuable for me if it had not been shared. It’s one of the few pictures I have of our three families together and it represents a milestone in my life (my first Christmas as an official part of the family). The content did not become more valuable for me because of the likes that it did or did not receive. For my sister-in-law, however, that picture gained value with the number of likes it received. For her it was less valuable if it was not shared. It isn’t that she doesn’t appreciate that moment like I do, but rather that sharing that moment made it more valuable for her.

The economy of social networks is tricky. Should I feel less important or popular or valuable if I have fewer followers on Twitter than another or if no one retweets my awesome joke? Should I choose to post something based on whether or not I think it will receive likes? Am I part of a social network just to glorify myself and encourage others to like my content so I can feel good about who I am? Is that the kind of person that I want to be?

These may seem like too deep of questions to ask in response to social networking, but the reality is that social networks have become an integral part of who we are. Many of us have either consciously or subconsciously learned to value publishing content for the sake of ratings. Sharing about yourself is not in and of itself bad and it isn’t wrong for you to feel good about yourself if someone double taps your Instagram picture.

I’m not a Luddite lobbyist or a hipster who owns dozens of LPs but no record player. I value technology and social networking, but I also recognize that publishing in and of itself isn’t valuable. Even if dozens or hundreds of people like something I post, that doesn’t mean it is objectively valuable, and even more importantly that shouldn’t mean that it is more subjectively valuable to me.

Personally, I’m still muddling through these questions and trying to understand why I publish what I do. I’m beginning to ask myself if things are more or less valuable if I post them, etc. I don’t know if I’m becoming a better or worse person because of social networking, but I want to be sure that I’m at least asking myself the right questions to start to discern that. While some things are certainly more valuable when shared, I’m trying to find a balance with the things that I share and to appreciate moments and ideas sans ratings. I’m learning that journaling helps filter out the urge to publish and trying to remember that ratings on social networks truly should not alter my behavior or self-esteem. Just because something is published does not mean it is more valuable.