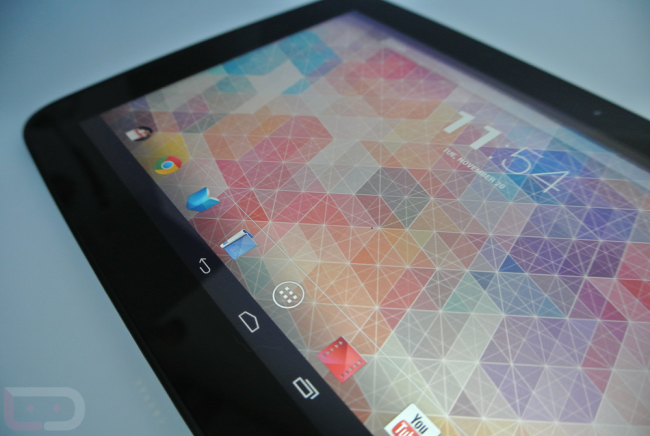 Here it is, the official Nexus 10 review from yours truly. After having bought a Nexus 7, I have been quite content with the 7″ size and what it offers in terms of being an Android tablet. Although, I know many people out there in our community have had their fingers crossed that Google would make something bigger, and indeed, people’s prayers have been answered in the Nexus 10.

The Nexus lineup of devices creates a wonderful blend of elegant hardware and exceptional software that brings the ultimate Android experience to your hands. The Nexus 10 is no different and offers up a great deal of features that anyone would be happy to harness for a pretty competitive price. If you have had your eye on one, let’s go over why it isn’t a question of if you should consider this tablet, but why on Earth wouldn’t you.

Much like its little brother, the Nexus 10 revolves around the idea that as an owner of a Nexus 10, you are investing yourself into Google’s Android ecosystem. You’re downloading apps, renting movies, buying music, and reading books all from Google Play. To me, the question is simply, “Is this the device I want to spend my hard earned money on to deliver the goods?” Upon first boot, Google makes sure you know about their presence throughout the device, and how simple it is to get the content you want right from the Play store.

It isn’t overdone and it’s quite tasteful in terms of advertising, which I appreciate. Many who are reading this probably already own an Android device, but whenever I talk to someone who is debating between iOS and Android, I always refer to the ecosystem and community. With the Nexus 10, this is a great device to either upgrade to or start off with down the road to living with Android.

When Google launched its Nexus 7 tablet at Google I/O, I quickly found that a 7″ device was the perfect size for me. But with so many people on this planet, it’s only natural that someone out there will disagree. In fact, I saw so many comments from people who wanted a bigger tablet that I quickly assured myself that Google would inevitably create a device that suited other’s needs. But, would it meet the buyer’s expectations that Google set so high with the success and pricing of the Nexus 7?

To sum it all up, I think Google has accomplished what they set out to do – create a 10″ tablet for those that want it and expect it to be an absolute dream device at the same time. Sure, the back is a fingerprint magnet, but that is really the only negative I can come up with. The display is gorgeous, the device is extremely fast and responsive, and it will receive updates for a long time to come. As an Android fan, that is literally all we can ask for.