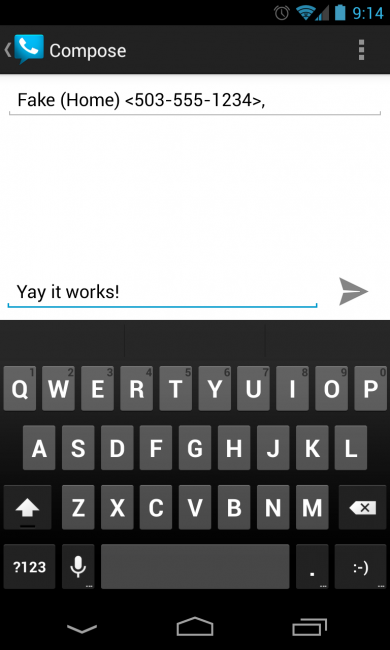 When Android 4.2 was released yesterday to a handful of devices, many of you noticed that Google Voice was having issues. In fact, if you created a new text message, then tried to add a contact, it would Force Close immediately. Thankfully, Google was quick to react and has already released an update to the Play store which fixes it.

One thing should be noted, though – after updating, I was forced to setup my Google Voice again. I’m not sure if that was supposed to happen or not, but it did. Remember, setup for Google Voice in Jelly Bean has changed slightly. We have instructions here.