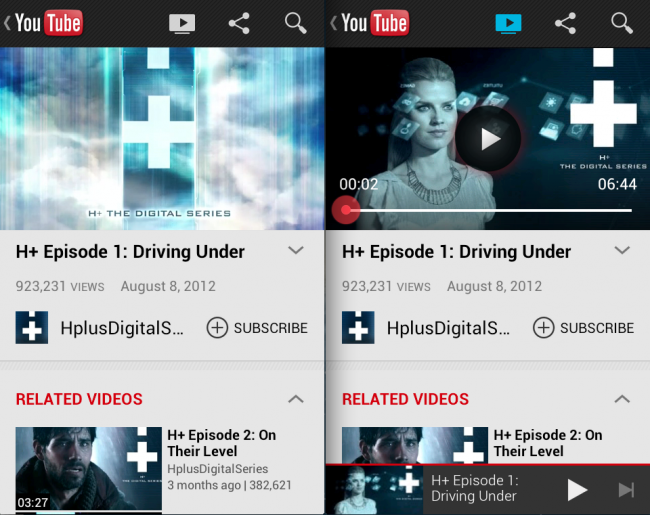 Google has been trying to figure out how to invade your living room and big-screen TV for a while now, something they have proven by not letting Google TV die. The latest update to YouTube is aimed at making your switching between mobile and big-screen a little easier.

Mobile has been able to sync videos to Google TV for a while, but now as long as the two devices are on the same WiFi network, it will do it automatically. All you have to do is press the little TV symbol on the YouTube app and you can watch it in high definition. Your phone then becomes your remote and allows you to switch videos and play/pause while you watch. The update doesn’t seem to be live just yet but Google promises we will be seeing “this feature coming to more devices and screens in the future.”

Will any of you fire up your Google TVs to use this new feature when it does go live?