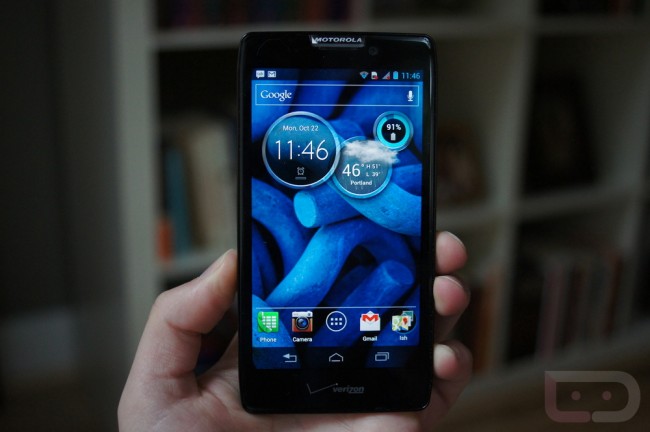 When Motorola first introduced the DROID RAZR HD and RAZR MAXX HD, they coupled the announcement with the idea that this was a “new Motorola.” In the front office, it most certainly is new, however, any industry player knows that these phones are the last to be inspired by the old guard. But before we start looking to the future for what’s next, we can’t look past the new RAZR family, as these are Moto’s final works of 2012. Bigger and better displays, long battery lives, and closer-than-ever-to-stock MotoBlur are all a part of the theme. Are they worth your dollar?

Motorola has done a great job with the RAZR HD and RAZR MAXX HD of creating a phone with high-end specs (for the most part) and industry leading battery life. If you are the type of consumer that finds yourself without access to an outlet or charger for much of a day, these would probably be your best options. While testing the MAXX HD, I was able to cruise into a second day of normal use with plenty of battery to spare. Motorola appears to have listened to consumers when it comes to performance and all-day-usage.

It’s not all high scores for the new RAZRs, though. Motorola’s competitors are all ready to introduce the future of smartphones over the next couple of months, which means doubling of RAM, moving onto quad-core processors, and even better display tech. While the RAZR HDs have nothing to be ashamed of, they don’t necessarily even top the Galaxy S3, a phone that was introduced 3 months ago.

I will say, that while reviewing both phones, I ran into very little issues. In fact, these phones very much feel like some of the more complete smartphones I have used in some time. Aside from the camera not living up to my quirky standards, you really can’t go wrong here – unless of course, you find yourself always wanting the best of the best, which should be here over the next month.