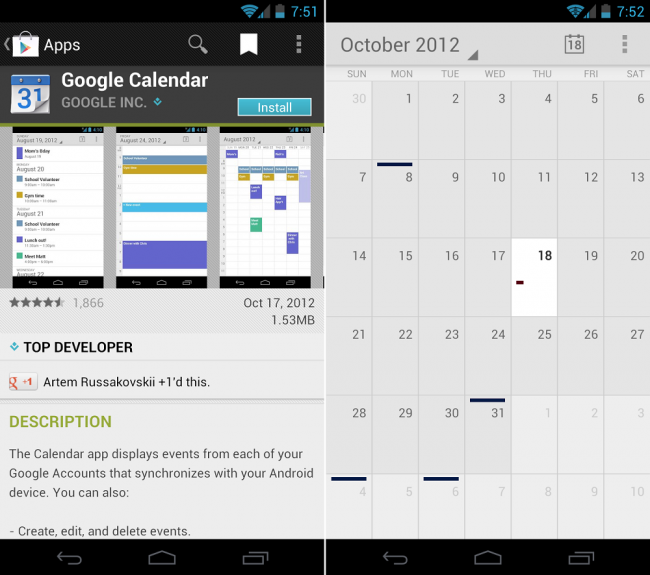 Last night as we were wrapping up the day and getting ready for the first ever Droid Life Show, Google decided that it was the best time to drop an official Google Calendar app onto Google Play. Google has done this before with apps such as Gmail and Maps, so this could be a move in the direction of having all native apps available in Google Play instead of coming baked into the OS. What that allows for is a much easier updating process for both Google, OEM’s, and carriers.