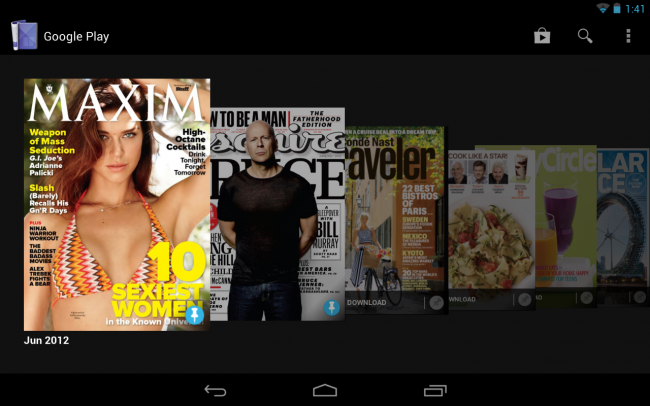 Today, Google’s Play Magazine app has received an update that brings “significant performance improvements.” Along with that good news, users in Australia can now enjoy their e-mags through the app and as you all know, there’s some good choices in there.

Update: As a reader pointed out, you can also now read certain magazines straight from your desktop computer  In Google Play, hit “My Magazines” and it lists an option to “Read.” Pretty awesome feature for those chained to their desks at work.