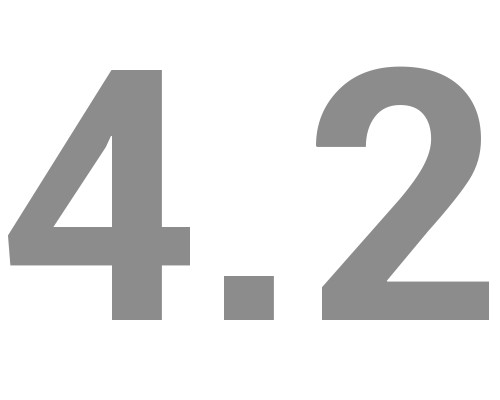 Update:  Well, folks, this information about Android 4.2 is apparently all fake. Some random assclown spent hours of his time trying to deceive multiple Android sites and got one to bite, Android and Me. I guess that’s part of the game. So all of this Android 4.2 feature talk, ignore it. There is still a better than average chance that LG has a Nexus on the way and that it will run Android 4.2. It just won’t have anything that was rumored in this post.

Since many of you will likely not upgrade to LG’s oft-rumored Nexus when it drops next month, you probably care more about the version of Android that will ship on it rather than the device itself. According to a massive rumor post today from our buddy Taylor over at Android and Me, the list of new features could be extensive, as the build gets bumped up to Android 4.2 (probably still Jelly Bean).

The next version of Android may include some sort of customization center. The basic idea here, is to give average Android users a centralized place to go to change ringtones, wallpapers, and other settings that in the past, haven’t always been that easy to find. There may also be new “templates” that a user can choose from to quickly change the color scheme or appearance of the UI, including icons. In bigger news, this may be the location that Google allows OEMs to offer up their custom skin in favor of stock Android. There is a chance in either this version of Android or the next iteration, that users will have a choice between stock and a skin like TouchWiz or Sense. But wait, what about updates? According to this rumor, the device will receive stock Android updates quickly, just like Nexus devices do now. Manufacturers will still be able to update their skin on their own time, but the skinned version of Android may not be accessible until it has been updated. Either that, or the user can wait to update Android until the OEM has their skin ready. There is a lot going on there, but it could mean big things for those of us that hate skins and like timely updates.

We have always wondered why Google Play hasn’t been forced to the forefront of Android. With Android 4.2, that may change to include notifications for promotional campaigns (optional of course), personalized searches, more billing options, and easier in-app purchases. While I’ve never been a huge fan of advertisements in my notification area, I wouldn’t mind knowing from time to time if there is a sale on products in Google Play.

Google Now may receive an update that allows users to ask it for guidance on changing settings on their phone. For example, one could ask Google Now to help adjust volume or brightness or turn Bluetooth on. Rather than solely being a Google Search tool, it could take care of simple device functions as well.

You all remember Project Butter and its focus on improving UI speed, right? According to today’s rumor, there may be another special project named Project Roadrunner which has a focus on improving battery life. Details are scarce, but one of the number one complaints around these parts when it comes to Android has always been poor battery life. Rather than worrying about creating massive batteries in slim shells, Google may be trying to solve the problem on a software front. Talk about a wealth of info to digest. It’s tough to tell if any of it will come to fruition in Android 4.2, a later version, or at all. Most of it sounds like functionality that will make the experience seamless overall, something I think we can all appreciate. Anything in particular standing out to you? Via:  Android and Me