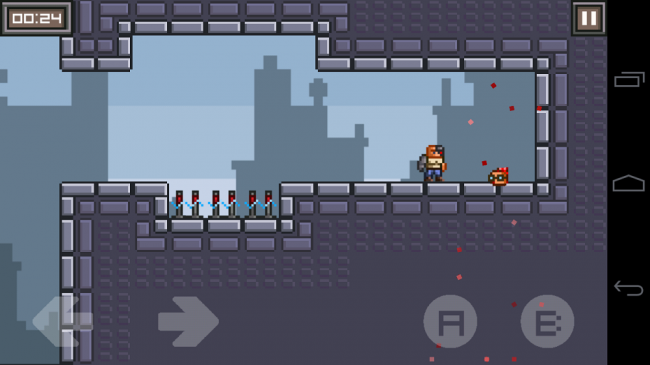 This morning, Noodlecake Studios released League of Evil onto Google Play for Android devices and let me say, it kicks major butt. It’s an 8-bit throwback platformer that has great controls and just the right amount of challenge. Plus, it has a killer soundtrack and SFX. The plot is basic – you play a bad ass whose mission is to kill evil scientists known as the League of Evil that are building weapons of mass destruction. Easy.

There is a paid version and a free version. But for $0.99, the paid version is totally worth it. Instant addiction right here.