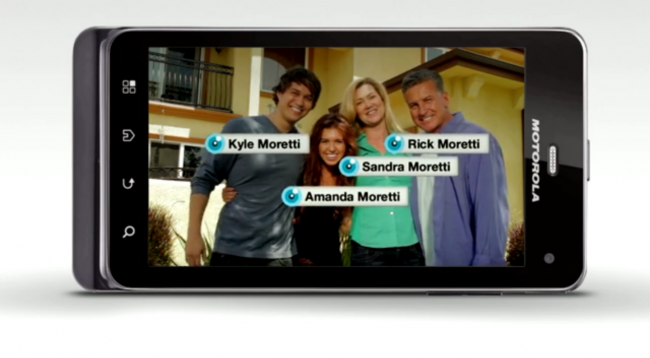 Now that Google owns Motorola Mobility, Moto seems to have taken on the strategy of acquiring businesses to make their products amazing. Today Motorola has announced that they are taking on the Ukraine company Viewdle to make use of their awesome image and gesture recognition software.

The rumor mill is spinning about this one, and says that Viewdle has been in talks to be acquired for a while. Once by Google in 2008 and then by Motorola in 2011, but Google decided to snatch up Moto at that time instead. Numbers aren’t being discussed but people think this purchase set Motorola back about $30 to $45 million.

The software that Viewdle is working on looks to be pretty cool and could change the way that you interact with your phone. If anything, it should bring much better facial recognition to camera apps, similarly to what Samsung has done. Would you like to see some of these features in a Motorola phone in the future?