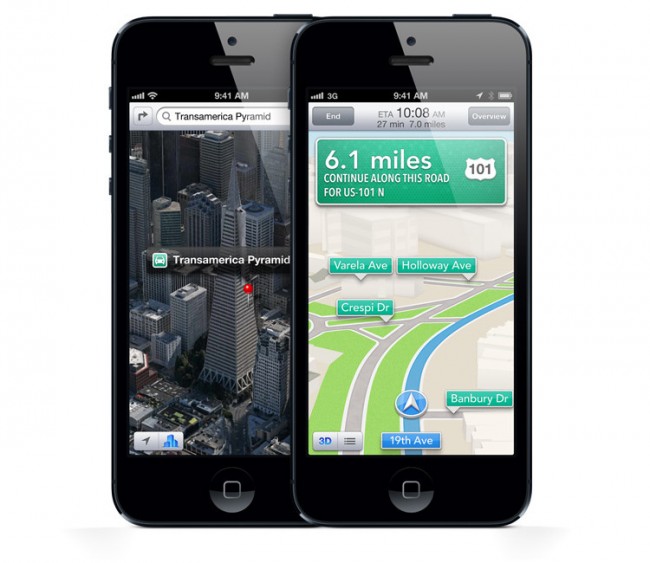 In a somewhat surprising turn of events this morning, Apple’s CEO Tim Cook posted a letter to their customers to address the Maps situation in iOS6. As you all know, the Maps app that Apple has created is, to put it nicely, atrocious. Turn-by-turn directions lead people to opposite sides of town from their actual destination, entire cities are missing, data is appearing that changed decades ago, businesses are showing as being located in bodies of water, etc. It’s a mess. In fact, it’s such a mess, that we couldn’t help but poke a little fun at the entire fiasco.

In Cook’s letter, he admits that Apple “fell short” on their commitment to release a Maps app that lives up to their “world-class” standards. He actually went as far as to suggest alternatives while they work “non-stop” until maps lives up to those high standards. And yep, Google Maps mobile browser version even came up.

I can’t help but think, “Wow, Apple admitting wrong? When was the last time this happened?”

And you’ll notice that he offers no time frame for a quality Maps app. Basically, Apple fans, you better cozy up to Waze, Bing, or MapQuest, because it’s going to be a while.

At Apple, we strive to make world-class products that deliver the best experience possible to our customers. With the launch of our new Maps last week, we fell short on this commitment. We are extremely sorry for the frustration this has caused our customers and we are doing everything we can to make Maps better.

We launched Maps initially with the first version of iOS. As time progressed, we wanted to provide our customers with even better Maps including features such as turn-by-turn directions, voice integration, Flyover and vector-based maps. In order to do this, we had to create a new version of Maps from the ground up.

There are already more than 100 million iOS devices using the new Apple Maps, with more and more joining us every day. In just over a week, iOS users with the new Maps have already searched for nearly half a billion locations. The more our customers use our Maps the better it will get and we greatly appreciate all of the feedback we have received from you.

While we’re improving Maps, you can try alternatives by downloading map apps from the App Store like Bing, MapQuest and Waze, or use Google or Nokia maps by going to their websites and creating an icon on your home screen to their web app.

Everything we do at Apple is aimed at making our products the best in the world. We know that you expect that from us, and we will keep working non-stop until Maps lives up to the same incredibly high standard.