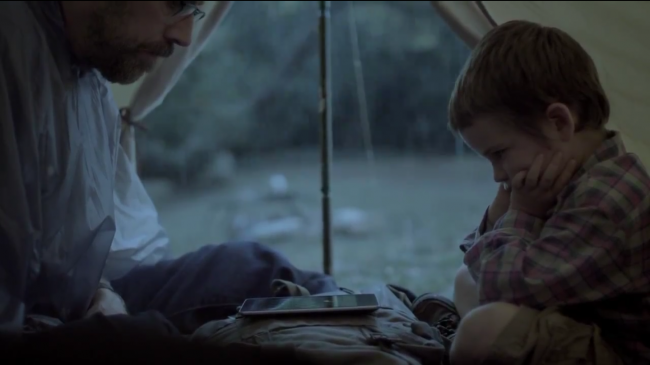 We were wondering if Google was going to go the traditional marketing route with the new Nexus 7 tablet, meaning, would they release any TV spots for it? We won’t know for sure until an ad actually starts rolling on the big screen, but in this first commercial that appeared on YouTube last night, they easily could make that transition. A father and son take it camping, showing off all of the cool things that you can do with the device out in the wilderness, without a WiFi signal (or in your backyard on WiFi). It has a retail sort of feel to it, rather than the quick online-only ads they tend to run. This one seems built for a mass audience, especially when you consider the father-son relationship here.

Google has always been clever with their commercials, so we are happy to see them working to promote their newest device in a similar way. Giving the Nexus 7 the spotlight puts ‘the Google Experience’ front and center and will help to promote both the Google and Android brands as well.

Wouldn’t it be nice to see a few spots featuring the Nexus Q and more on the Galaxy Nexus, to potentially help make “Nexus” a household name? And would you take your brand spankin’ new tablet out into the wild?