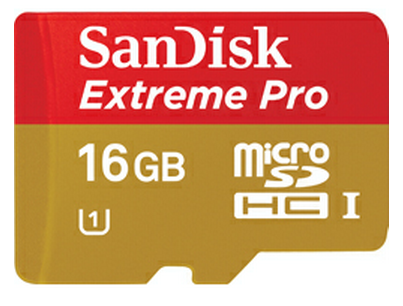 SanDisk has launched their newest UHS Speed Class 1 rating (Class 10 equivalent) mobile memory cards. With the company reporting speed capabilities of 95MB/s read and 90MB/s write, it doesn’t look like you’ll have to wait for your gallery or files to load ever again. As of right now, they’re only available in 8GB and 16GB options which are $60 and $100. Thinking about picking one up?

Availability and Pricing
The SanDisk Extreme Pro microSDHC UHS-I card is available on www.sandisk.com in 8 gigabyte (GB)5 and 16GB capacities carrying MSRPs of $59.99 and $99.99. The card is compatible with any microSDHC-slotted device and is ideal for UHS-enabled smartphones and tablets.