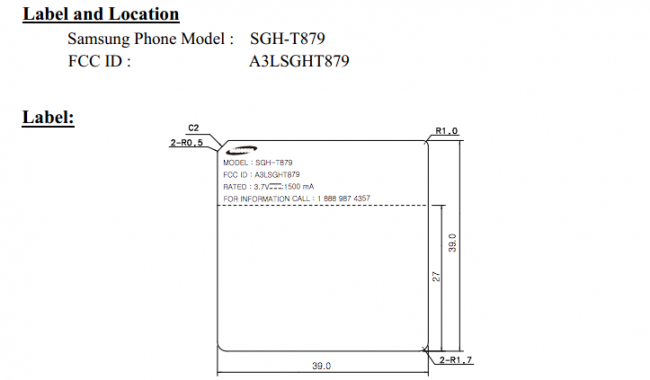 Android Other is a quick look at some of the other Android stories that hit the web today that we thought you may care about as an enthusiast. In order to stay up-to-date on all things green robot, this isn’t a bad post to check out on the daily.

Galaxy Note Headed for T-Mobile Passes through the FCC

The Samsung Galaxy Note, the 5.3″ phablet that passed the 7 million units sold mark a while back, is looking to ad to its surprisingly high totals. There were rumblings that the Note may be making its way to T-Mobile, but this FCC filing looks to make that pretty official. Now the question is, when can we see it? Rumors point to July 11 for this phone launching on the Magenta network and it may have Ice Cream Sandwich already on board if we’re really lucky. With the Note making its way to another US carrier, do you still want it on Verizon?

The Galaxy SIII may be the talk of the town lately, but the Galaxy SII is one of the best selling Android phones to-date. The update to Ice Cream Sandwich has finally arrived for the SII on T-Mobile’s network. Installation requires downloading Kies software for Mac or Windows followed by a quick hookup and download. Get to it!

The good guys over at The Verge reached out to HTC to see if the rumor that the One S in some markets was shipping with the earlier-gen S3 processor was true. HTC responded and said that it is true, but the S3 is being bumped up to 1.7GHz instead of the 1.5Ghz on the S4 that resides in American One S phones. The question is why? It seems that Qualcomm is having trouble keeping stock of the S4 chips since they’re being used in almost all of the big name phones these days. Let’s hope that the stock gets replenished sooner rather than later, especially with the Galaxy SIII almost upon us.

Sprint Touch Slides Leaked, is Google Wallet on its Way Out?

The rumors of Sprint making their own Wallet system for their smartphones might be true after a set of leaked slides surfaced today. Sprint was the only carrier in the US to really embrace Google Wallet when it was announced last year, but now it seems as if they are moving in their own direction. The slides show partners like Macy’s and McDonalds and reward cards, but there was no mention of bank partners on this Touch Wallet system. It does seem that Sprint is serious about this, however, are Wallet’s days numbered?

The government wasn’t too excited about Verizon trying to buy a whole lot of AWS Spectrum from Comcast and Time Warner last year. To appease Capitol Hill, Verizon mentioned they would be willing to sell some of their 700MHz spectrum, and apparently AT&T wants in. AT&T CEO Randall Stephenson has been hinting recently that his company would be very interested in purchasing that from Big Red. AT&T says the spectrum could be “up and running in 60 days from the sale” so they’re pretty serious about it. Time will tell if the two network giants get to settle this deal.