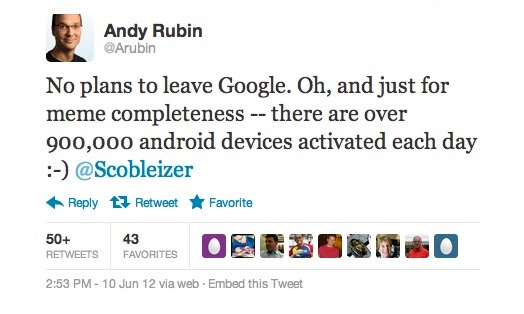 In a Tweet and Google+ post to shut down a rumor started by Robert Scoble that suggested Andy Rubin was leaving Google to join a company called CloudCar, Rubin felt as if it was the perfect time to drop some Android love. According to Mr. Android, over 900,000 devices are activated each day. Think about that for a second. Twenty-four hours after you read this post, almost 1 million brand new Android devices will have been activated by someone across the globe.