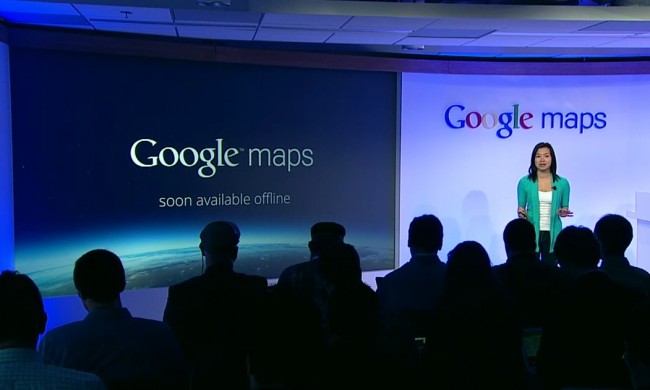 During today’s Google Maps event, the Maps team announced that “offline” functionality is here to stay and will be leaving its beta or Labs world behind. A similar feature was introduced back in July of last year, however, that involved caching of areas while this new offline mode allows users to download full sections of maps for later use.

We were not given a release date, and instead were left with “soon.” For now, if you would like to take Maps offline, head into Google Maps>Settings>Labs and check the box for “Pre-cache map area.” Then from the map view, long press in the middle, tap on the bubble of the location it finds, and then choose “Pre-cache map area.” You will then download the area of the map that you have in view.