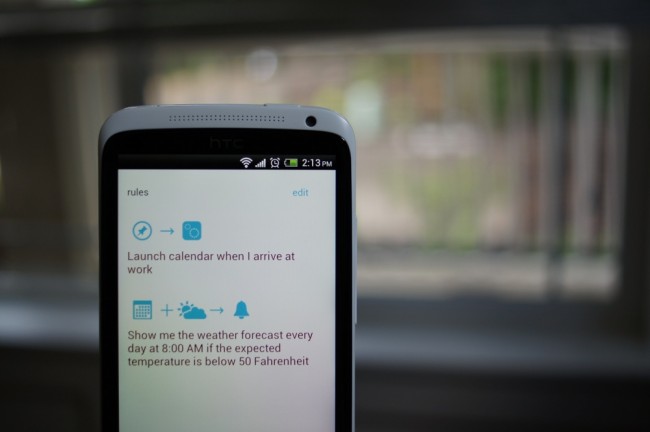 Weirdest title in history, right there. Why on Earth Microsoft has developed an Android-only app is beyond me, but we’ll take it. The app is called On{X} and it aims to automate your life, similarly to what Motorola has done with Smart Actions.

Through On{X}, you get to pick out “rules” using a web portal that then translates everything to an app on your phone. It’s as minimal as it gets, but think of how nice it would be to have your calendar launched every time you arrived at your job. Or what about having your phone start a weather app in the morning only when it’s raining, so that you know how to dress for the day? It’s location, time, and action based.

The only catch seems to be that you will need to write your own “rules” for the app which requires a bit of coding. There is a whole guide over at the On{X} site to teach you the ways, so I can imagine that most of you will figure it out and create your own amazingness. For those not into learning to write some simple code, there is a community forum that we are assuming will be a way for users to share their different works.

Oh, the other catch would be that it requires you to login to Facebook.

*Note – Yes, this app is like Tasker in a sense, and every other task automation app. Feel free to go grab it. It’s an oldie, but goodie that will run you $6.49. Here is the Play Link to it.