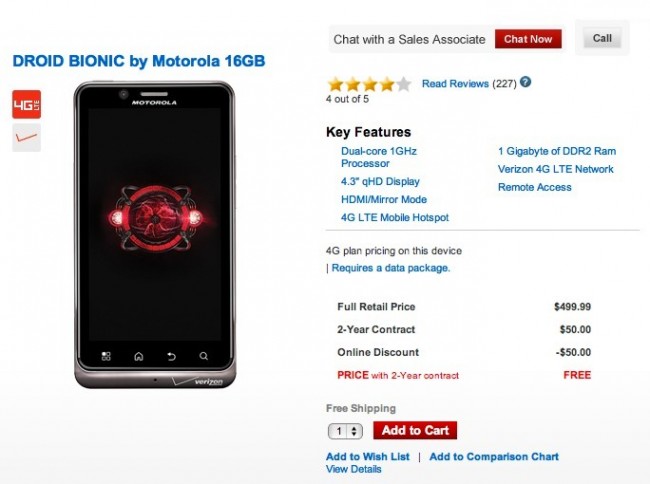 The DROID Bionic has easily had one of the roughest lives of any Android smartphone. After debuting at CES in 2011 as one device, it was transformed over a 9 month period to become something else altogether. Once launched, it never stood a chance as it contained older and thicker tech than the phones that its creator, Motorola, had prepared for release only a few weeks later, leaving it dead in the water. Tonight’s moves essentially show just that, as the device has had its price slashed to “Free” and has also been removed from DroidDoes.com. If there was ever a sign that a phone’s life has come to an end, this would be it.

Make way for the DROID Incredible 4G LTE and the RAZR HD.