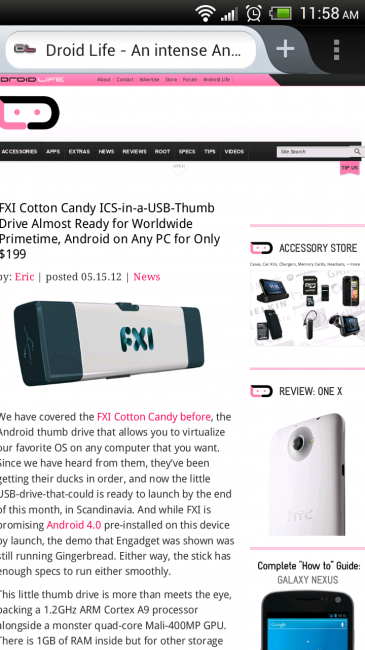 Every time Mozilla announces that a new Firefox beta has been released (this time to the Play Store), a part of me hopes that it is nothing short of awesome. And not that I’m all that willing to give up on Chrome, but competition is good and having used Firefox on a PC for so long before Chrome became such a powerhouse, it would be nice to see it carve out a niche on mobile as well. Then I install it and always immediately say, “Ugh.” Such is the case again today with the latest beta that introduces a new UI and Flash support.

The changelog got me excited, especially with the “user interface has been completely re-designed.” Unfortunately, the good news seems to stop there. It’s still buggy, clunky, and freezes up during the simplest of tasks. Once you get it rollin’, it can open pages fairly fast, but the way multi-touch and scrolling work are odd enough to give you a headache. The Flash support is welcomed though. I guess I’ll just have to wait for the next release.