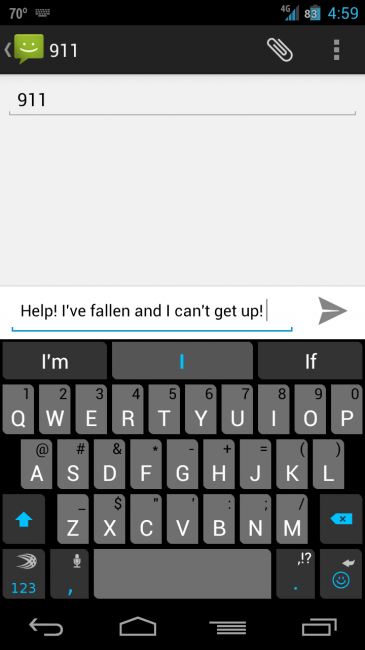 So you’re in a dire situation, but calling 911 might not be either advisable or possible. Verizon is looking to help its customers with that by building an SMS-911 system over the next 12 months. This new system will also come in handy for people with hearing or speech disabilities by allowing people to text 911 to report emergencies.

The FCC has been planning to upgrade their call centers to receive texts and photos even for a few years now, and it seems that things are finally moving in that direction. Somewhere near 70% of all 911 calls come from mobile phones these days it only makes sense that the technology gets scaled up to the times. Verizon expects to start rolling out the service in early 2013 in metropolitan areas.