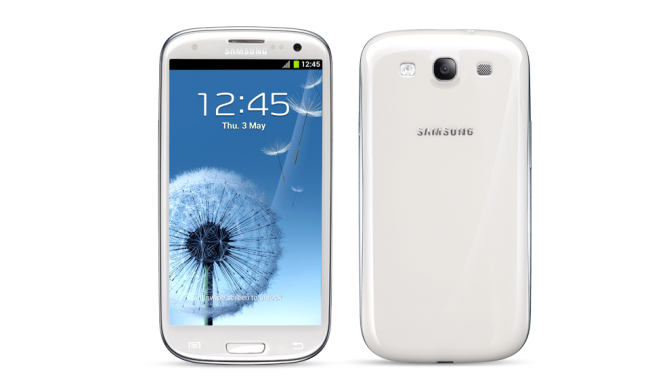 We were originally going to post our reactions yesterday afternoon, but decided to sit back and absorb all things Galaxy SIII for a day before doing so. Now that we are a day in, let’s go ahead and talk about what we saw, what we liked, and what we didn’t like. Did it live up to the hype? What’s with the hardware navigation keys? No “Plus” on the display?

The rest of the DL team reacts (Ron’s here):

My thoughts are still unclear. It has some very intriguing features, both inside and out. The idea of it listening and watching me is really fantastic (sure to make my iPhone-adorning girlfriend jealous), but I am still split on its actual design. I was thinking Samsung would do away with the hardware buttons and give us a massive/beautiful display, but it sort of just looks like a supercharged SGSII. I was hoping for some sort of new design altogether. It looks gorgeous, but I will have to feel it to know what to actually think.

For example, I thought the HTC One X was just another phone, until I felt it. If the SGSIII gives off a plastic feel, then I will shy away. I guess I will have to wait until we get our hands-on to see how I truly feel.

Overall the thing I was most impressed with Samsung’s preparation for the whole event. To truly compete with Apple they needed to build up hype like Cupertino does. Yesterday, with their strange videos, live music and likable speakers they took a step in that direction, so I applaud them there.

For the actual phone, I was far from surprised or ‘blown away’ from the announcement. I am excited for the internals of the phone; the quad-core headlining that list. But even that might not make it to the US, we’ll have to wait and see. I was a bit disappointed they didn’t go with the HD Super AMOLED Plus but I’m sure the screen will look great anyway. TouchWiz is what it is, but Samsung looks to be throwing in some goodies like S Voice and all those sharing options to keep us from throwing stock ICS on there.

I will definitely be looking into this phone. The only real concern is the build of it, from what it looks like. With HTC blowing people away recently with their One series this looked to be the same old Samsung plastic. The jury is still out on that but this is the logical expansion of the Galaxy series. Whether or not it can knock all other mobile phones down a peg remains to be seen.

We have seen plenty of your thoughts throughout our SGS3 coverage, but do you feel any different about the device today? Want it more or less or not at all? Should we expect better things when the phone arrives here?