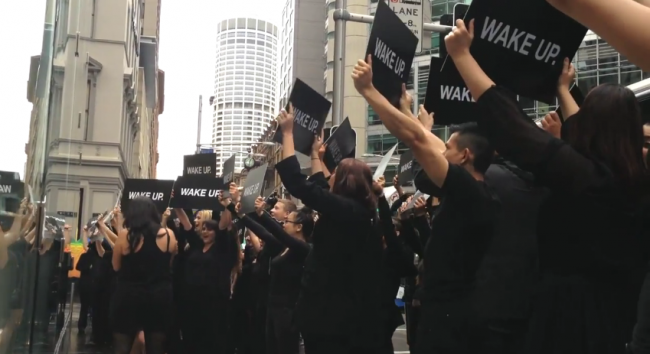 When does the imaginary line get drawn in the sand, where too much means too much. Samsung has recently hired a marketing firm to stage a protest out front of an Australian Apple store, urging Apple customers/kool-aid sipping employees to “wake up!” I will hand one thing to Samsung and it is that they love giving Apple free press these days. Some may enjoy this type of competition between huge corporations, but as someone who knows plenty of Apple employees and Android junkies, I can only find this rather lame on Samsung’s part. Don’t give people trying to pay their rent a headache with a mob screaming in their ears. That’s just my opinion.

Is it too much to ask Samsung to stop spending so much money on marketing to bash Apple and to put it into something Samsung buyers can enjoy? What do you think of Samsung’s constant marketing war on Apple and its culture?