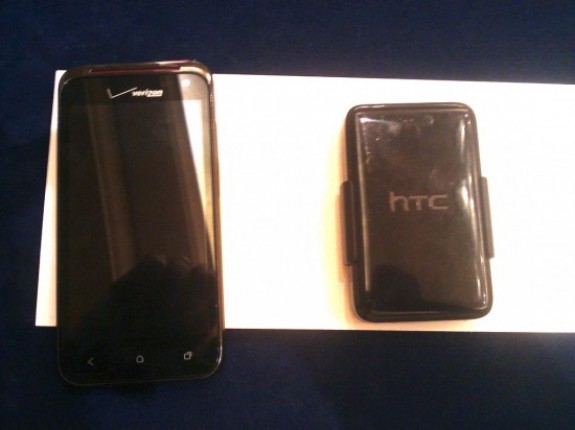 A Reddit user was able to go hands-on with the upcoming DROID Incredible 4G yesterday thanks to a recent meeting with an HTC rep. During the encounter, he was able to snap a couple of pictures and also confirm some of the specs that have been floating around the web thanks to the leak on the DroidDoes page. The Inc 4G will have NFC capabilities and feature the Android Beam, which Galaxy Nexus users have been toying with for a few months now. As we already know, it will feature Verizon’s 4G LTE (naturally) and be powered by Qualcomm’s Snapdragon S4 chip. The display will be a qHD at 960×540 resolution to “help improve battery life.”

As far as when we can expect a launch, the rep had nothing but a guesstimation for May, so we’re here waiting to get the official word from Big Red. This device still perking your interest?