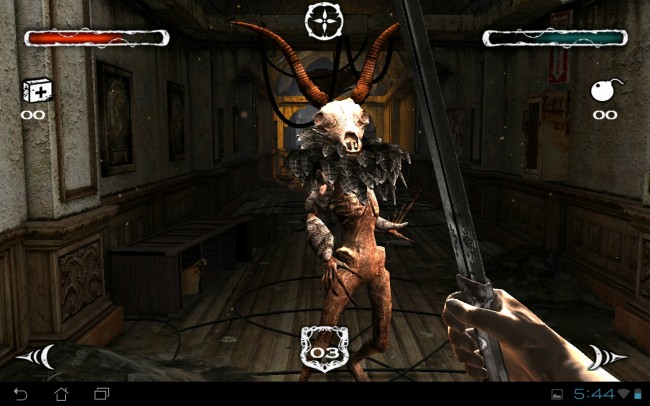 Phosphor’s Dark Meadow is now available in the Play Store for select Tegra-powered Android devices. We have been fortunate enough to have the game for a few days and there is no doubt that it is one of more beautifully designed games I have had the pleasure of playing on a mobile platform. You awake in an abandoned hospital, but as you come to find out through exploring the halls and rooms, you are not alone. A single voice through a loudspeaker is your only guide, whose sole purpose is make sure you destroy the witch that has you both trapped there.

The game takes a lot from PC classics such as Myst in the aesthetics department. As you walk around the building and interact with all of the different environments, you can tell that the developers really took advantage of the Tegra 3’s computing and processing power, as well as the Unreal Engine with such detailed renderings and creatures. I have been playing the game for two full days now and I haven’t even really made a dent in the plot yet, so for the price tag of free it doesn’t get much sweeter than that. The game does have in-app purchasing, but trust me, you do not need to buy anything to complete the game. That is only if you want to walk around like a total boss slaying demon beast after demon beast without having a real challenge. Once you start dying countless times, you realize that dying is inevitably the point of the game.

By collecting gold and XP from fallen foes, you rank up your player to challenge the witch at the end of each floor. Beating the witch several times is what you must do in order to move along in the game and explore different parts of the hospital. But of course, as your player ranks up and you buy stronger weapons, the monsters only get stronger and more creepy looking. Quick tip: Invest in blocking and melee power. As I mentioned previously, I haven’t beaten the game yet, so I will cut the review here and go off to finish it. If you own an Android device powered by a Tegra chip, I recommend picking this game up for sure.

Contest: To celebrate the launch of Dark Meadow, we are teaming up NVIDIA and Phosphor games to give away a 32GB Transformer Prime, matching keyboard dock, and a $25 gift card. For your chance to win and instructions on how to enter, check out the contest page. 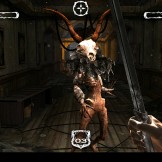 Thanks goes out to Phosphor Games and NVIDIA’s Tegra team.