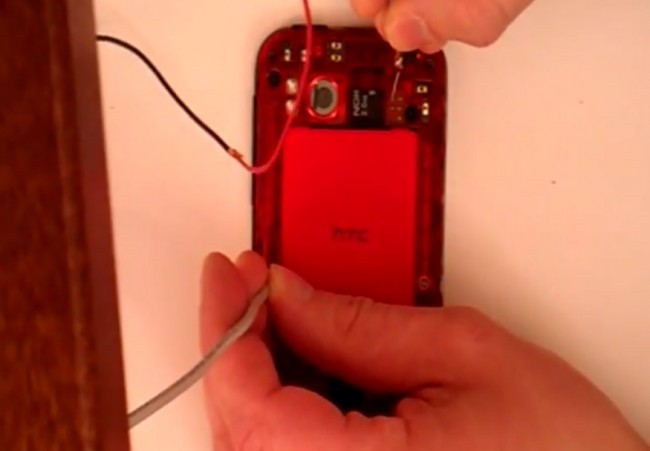 After months and months of attempts, S-OFF has finally been achieved on the HTC Rezoundand a handful of other devices including the Amaze 4G through a new tool called JuopunutBear (someone say that 5 times fast). For those not familiar with S-OFF, just think of it as giving you the most access you can possibly have to an HTC phone. Sure, you can unlock the bootloader using HTC’s dev tool, but the device is still semi-protected even in that state as it is still S-ON. If a phone has toggled S-OFF (which stands for “security off”), you are opening it up to even more hacker-friendly fun. There are more risks involved, but we never took the DL community as one to shy aware for a little danger.

The team that released the tool is called Umlimited.IO. After looking at their instructions, I think you will understand why this took so long to complete. It involves wiping an SD card and some form of a wire and pin trick (pictured above). It will get you S-OFF if done correctly though, so hit up either of the source links below and take your time. Be sure to report back with any issues. This is one of those processes that will only get better as users share their experiences.