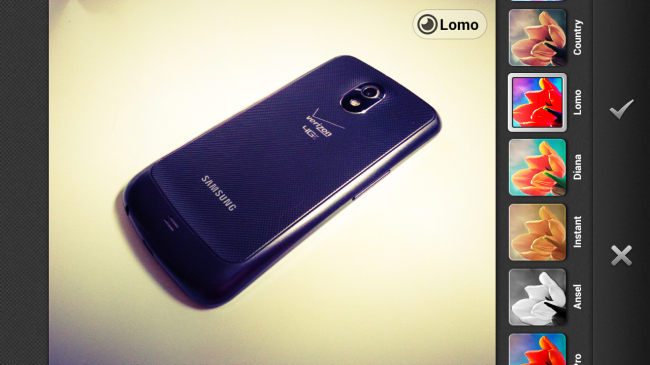 Familiar with Path? It’s like Facebook Timeline. Actually they are identical in many ways, but Path is its own separate entity. The idea is to start a “path” and record your entire life so that down the road, you can look back and see how far you have come and how much fun you had along the way. It’s actually a pretty popular service and not a bad idea, except again, that Facebook just rolled out a similar service known as Timeline, so that could essentially be your path dating back years rather than starting this new path which would begin, well today. But I digress.

In the latest update, users are treated to “Lenses” which are just like the filters that Instagram users obsess over. So now, your Path can include bad photos of your shoes, cupcakes, One Direction, and 16 year olds showing off their abs in fun filters named “Diana” and “Lomo.”