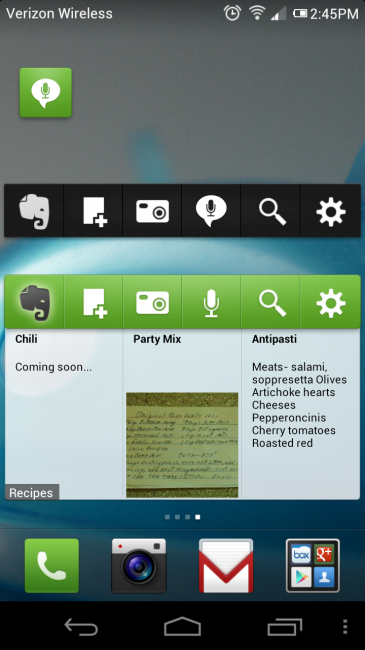 Both Evernote and the Evernote Widget have noteworthy updates available in the Google Play Store this afternoon. Most importantly, both apps now have the ability to translate speech-to-text on the fly while also recording. So during your next interview with LeBron James over his receding hairline and seemingly extra thick headband to cover it, you won’t miss a word. This is a feature that was introduced with the keyboard in Ice Cream Sandwich, however, it does appear to be compatibile with other versions of Android.

Along with speech-to-text transcription, the Evernote Widget also received customizable buttons along with color and layout options. Nice improvements.