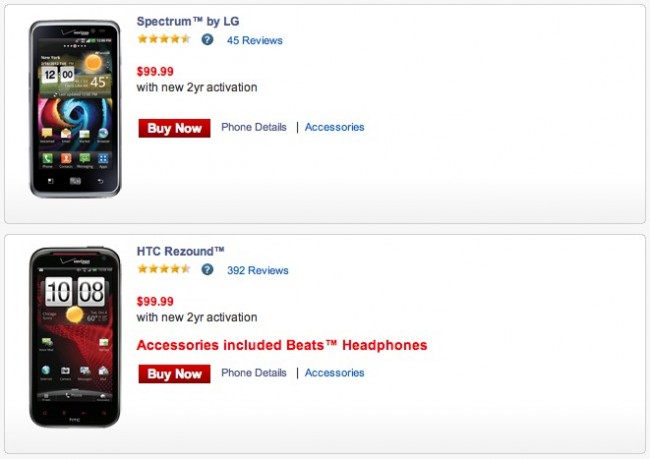 If a new smartphone is in your near future, you shouldn’t have any trouble finding a screaming good deal on one. Not only does Amazon drop prices the minute new phones are released, but even Verizon is doing their best to get in on the low-pricing scheme. Two examples are included in their latest “online” only 4G LTE sale. The LG Spectrum and HTC Rezound can be had for as little as $99.99 as long as you extend or add on a new 2-year contract. One phone has been out for a couple of months now, while the other is barely a month old. Both run 1.5GHz dual-core processors and have two of the most beautiful HD displays we have ever seen on a smartphone. If the RAZRs or Galaxy Nexus were never your cup of tea, these two might be worth a look.