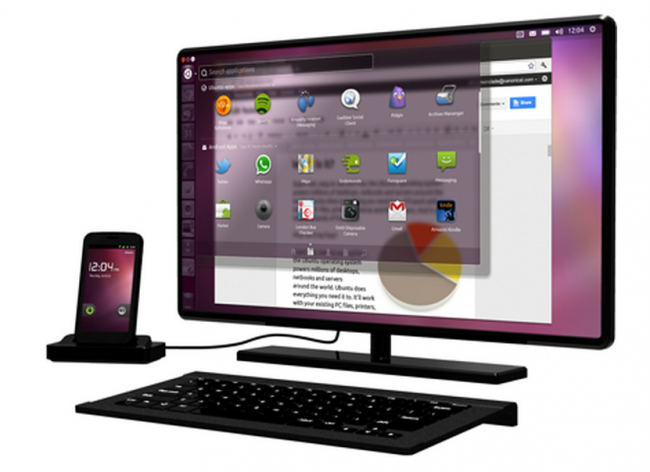 I will not act like I know too much about Ubuntu and I have basically zero experience with it. But I am hoping that will change soon as Canonical, the company responsible for bringing Ubuntu to the public, is to be launching Ubuntu for Android at this year’s Mobile World Congress. Let it be known, that this will not be just an Ubuntu app running on the Android OS though. This will be Ubuntu and Android, running alongside one another, on the same kernel. Unified.

While not attached to a dock, the Android device will function like any other Android smartphone. But when connected to a dock/monitor/peripheral device, users will be greeted by the Ubuntu desktop UI which many fans are familiar with. The reasoning behind this idea, is that people can consolidate all of their data. They can have all of the info they need in just one single device instead of having files and contacts scattered among multiple smartphones, tablets and laptops. To have a single device, for a single person with all of the functionality they need to get their work done. 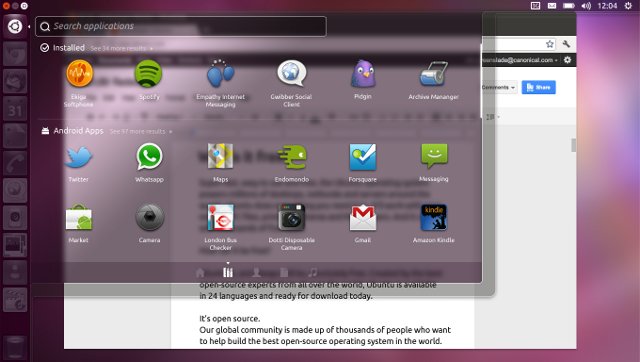 We can rest assured that this will be an excellent and well documented announcement at MWC. If you happen to get excited by Android and Ubuntu, then get ready for a fantastic 2012.