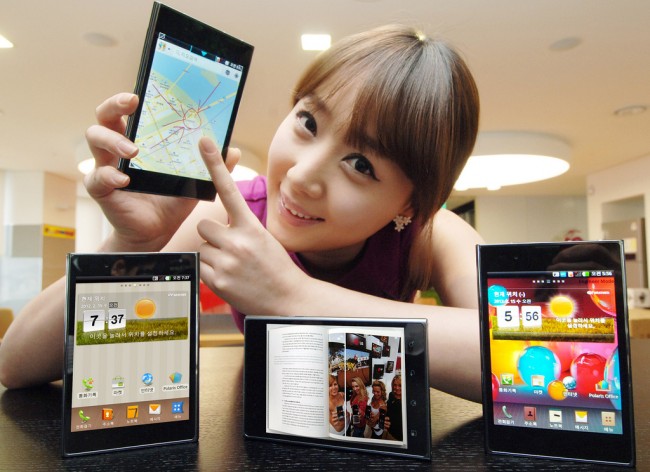 LG has announced the Optimus Vu today ahead of Mobile World Congress. The device – as was rumored – will sport a 5″ IPS display with 4:3 aspect ratio, 1.5GHz dual-core processor, 8MP rear camera, 1.3MP front camera, LTE, 2080mAh battery, Gingerbread and is just 8.5mm thick. It’s one odd device, to say the least. If you thought the Galaxy Note and its 5.3″ screen was pushing the limits, a phone with a 4:3 ratio is even crazier. While the device is incredibly thin, I’m not sure that many will jump for a phone that is built like a square. That is certainly a ton of screen real estate – we’ll see how the public reacts when it goes public at MWC later this month.