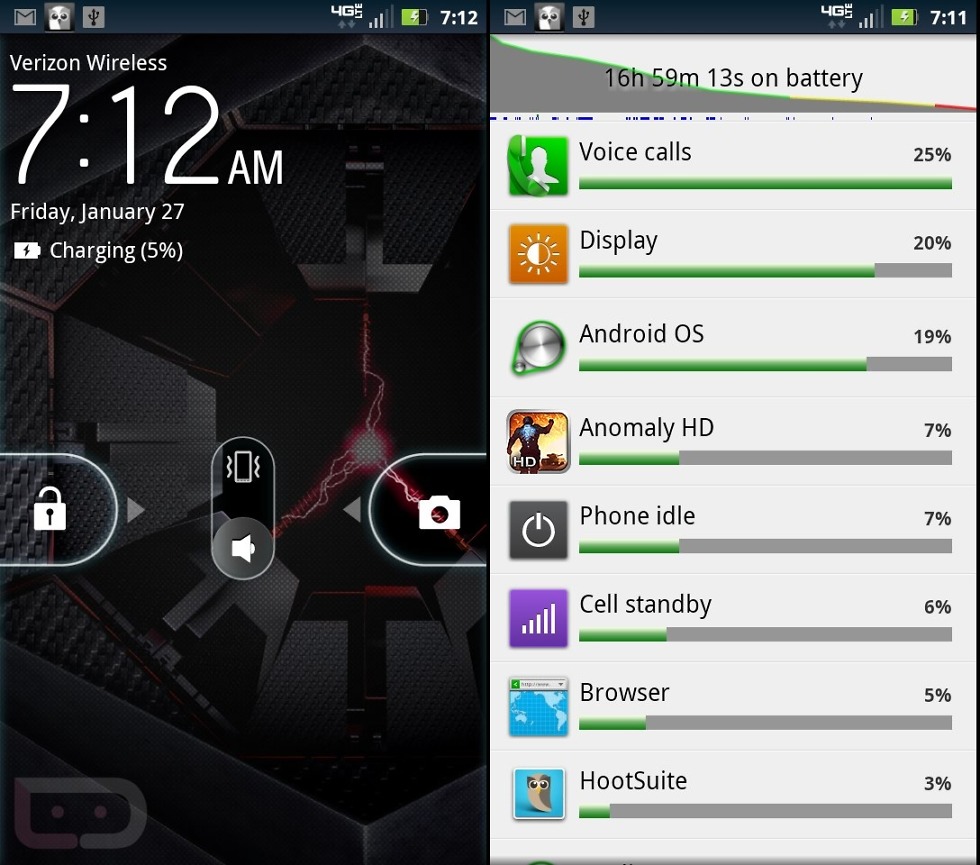 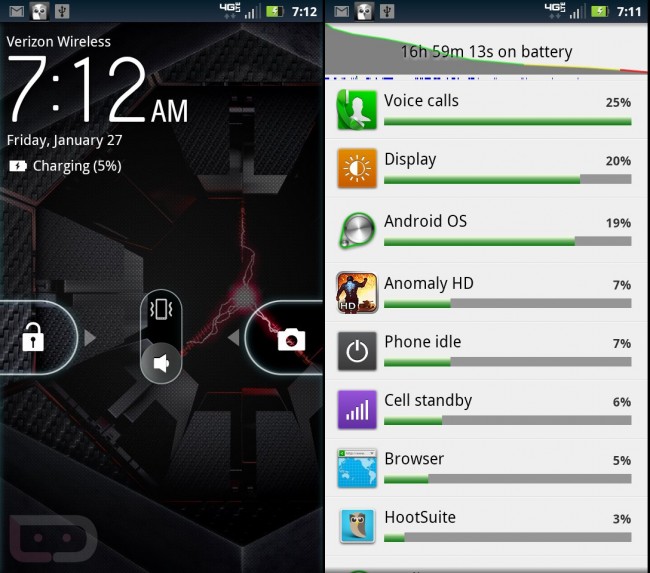 Over the next few days I’m going to do my best to document my DROID RAZR MAXX battery journey with posts like this. Since the big selling point of it is clearly the massive 3300mAh battery that has been tucked inside, this just seems like the right thing to do. So up first is day 1, which with most phones, tends to be one of the worst as far as battery life is concerned.

After fillming a quick unboxing of the device, it went straight to the charger so that I could put it through day 1 with a full battery. Unfortunately, I failed to look at how much juice it had before charging and then how long it took to charge. As some have already mentioned, a larger battery may last longer, but it should also take a lot longer to charge. I’ll be keeping track going forward.

Once it hit 100% – which was about 1:45PM Pacific – it was off the charger until this morning. I decided to go with 4G LTE only for the first few days as I have not had the best of luck with LTE batteries in the past. Both the original RAZR and the Galaxy Nexus could barely get me through 7 hours before I had to dig through my desk to find a charger. With 3300mAh inside though, this should make it through a day, right?

Now with any new phone, the first day is the day you traditionally hammer on it the most. It goes through setup, you start testing the call quality and other features, snap the first set of pictures, look at the battery meter every few minutes to see if it has dropped, set up all of your bookmarks in the browser, download must-have apps, etc. I did all of these. From the early afternoon until I passed out somewhere around midnight, the phone still had 31% of its battery remaining. When I awoke this morning, it was begging for a charger at less than 5% charge remaining. I quickly slapped it onto a computer to take screenies, and that’s where we stand now.

So a couple of things stood out, most notably the battery drain from voice calls. I took maybe two calls yesterday, but one was around 30 minutes. That single call took 25% of the battery, which is shockingly bad. For a device that is supposed to last through 21.5 hours of call time, we are hoping to see an improvement in this going forward. Again, day 1 usually sucks with almost any phone. The second thing was the time I spent playing the newly released Anomaly Warzone Earth, which after just 12 minutes of playing, robbed 7% of the battery. This isn’t all that surprising as a pretty CPU intensive game, but 7% of 3300mAh is a hefty chunk. Will monitor this as well.

After day 1, I’m pretty pleased for the most part. It still seems like after 10 hours of use (yesterday afternoon until I went to bed) that it should have had a little more than 31% remaining, but again, that was day 1 and we could see a dramatic improvement over the next few days. The good news is that no other LTE phone would have lasted as long through the beating I put on it.