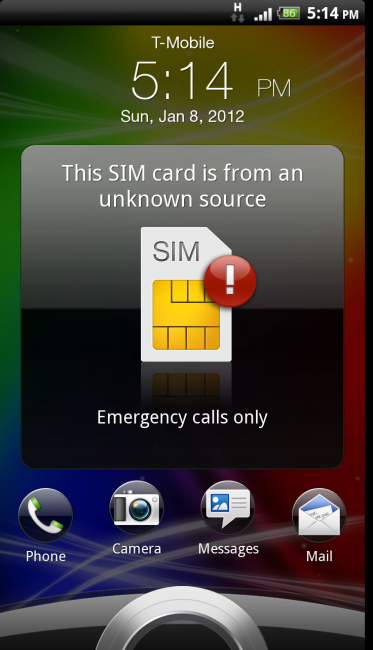 So the HTC Rezound now has an unlockable bootloader, one of the best screens in the mobile universe, Beats audio enhancements, a stellar $199 price tag, and now global radios that work without an unlock code? Nice work, HTC.

The back story is as follows. A UK user of XDA ordered the phone over the holidays hoping that it would work on T-Mobile. Sure enough, after slapping in a SIM card and changing the network settings to “WCDMA Only,” he had a connection and data. Verizon and HTC are apparently claiming that the phone does not have global capabilities, but this thread has been going strong for a few weeks now with more evidence mounting by the day that it indeed does.

If you have a Rezound and are traveling overseas any time soon, feel free to hit up the source link for instructions on how to get your phone up and roaming the globe.