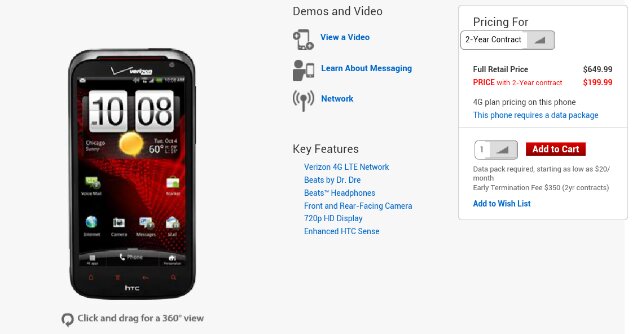 We can’t say that we are surprised by this move, but the HTC Rezound has already dropped to just $199 on 2-year contract at Verizon. Introduced only 2 months ago as one of the top 4G LTE phones built to date, this phone was stuck with the difficult task of competing with the DROID RAZR and Galaxy Nexus out of the gate. Originally priced at $299, this is a pretty major price drop.

If you had been eyeing the Rezound, especially after HTC released a bootloader unlocking solution for it, nite would be a great time to jump on it.