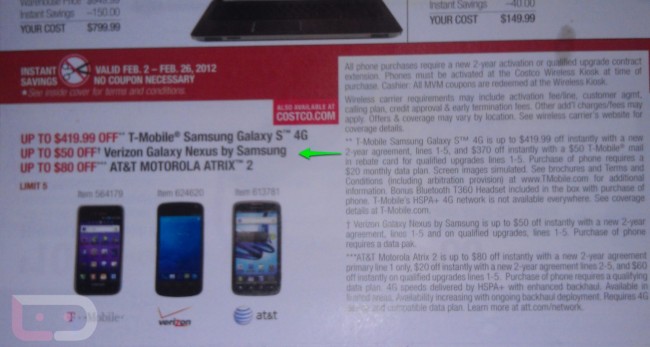 Still waiting for the opportunity to jump on the Samsung Galaxy Nexus? During the month of February, Costco will run a promotion that could save you $50 off of the world’s first Android 4.0 device. That may not be as cheap as some of the online retailers like Amazon, but with Costco’s 90 day return policy on phones, their deals should almost always be considered. In an Android world that changes every couple of months, we could have a quad-core beast to drool over in 90 days.