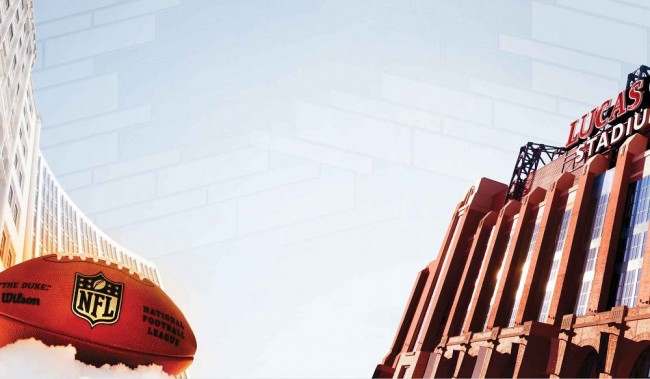 In preparation for Super Bowl XLVI in Indianapolis, Verizon held nothing back to take its 4G LTE network to the next level. Throughout the state of Indiana, they spent $69 million more than they did in 2010, some of that was obviously dedicated to this joyous football occasion. Knowing that some 85,000+ fanatics would be in attendance along with countless media members all starving for a stable data connection, Big Red wanted to make sure your experience at the game and in downtown Indy was optimal.

Nine (9) new antennas have been added to the outside of the stadium along with a massive internal 3G/4G network and a full WiFi infrastructure that allows for 28,000 connections. They also plan to have 3 C.O.W.s (cell on wheels) on hand to help beef things up even more. (bad joke, I know)

What happens after the game though? Verizon plans to leave just about everything behind, other than the C.O.W.s. So going forward, downtown Indianapolis is going to be in full-on beast mode.