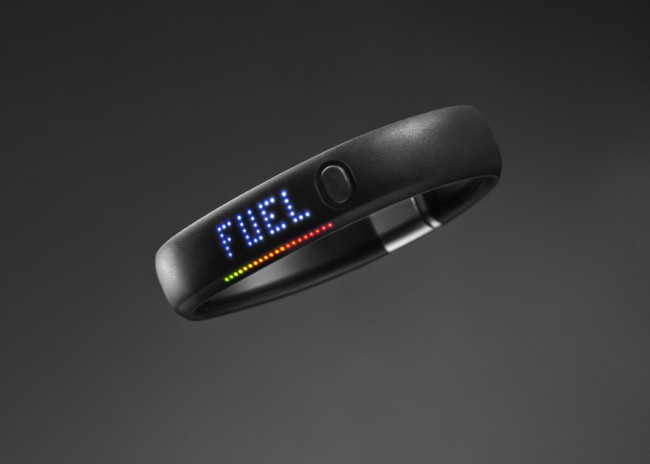 The latest in active/exercise tech was introduced today by Nike. The product is called the Nike+ FuelBand and looks similar to those LiveStrong wrist bands that took the world by storm for an extended period of time, only it’s much more advanced. The idea behind it is similar to what you can find in FitBit, except that it introduces a new way to measure your daily activity, NikeFuel. It’s really a glorified marketing term, but the idea is that your Fuel score should “motivate” you to do more throughout the day. Whether you are running, walking, crawling, flipping or waving your warms around, your Fuel score is being calculated. Not only that though, you can also track calories and steps taken which are displayed on the band through an LED light panel.

The product is Android-related in the sense that an app to co-exist with your Fuel score and progress will be available soon. At launch, February 22, there will be an iOS app, however, Nike has already said that an Android version is on the way. The product will retail for $149.

Is that the MotoActv I hear crying in the corner? Actually that’s not completely fair since the FuelBand does not have a built-in MP3 player. Might be time to drop that price a tad though Moto, as Nike is one athletic master you do not want to battle.

Introduction to the FuelBand: