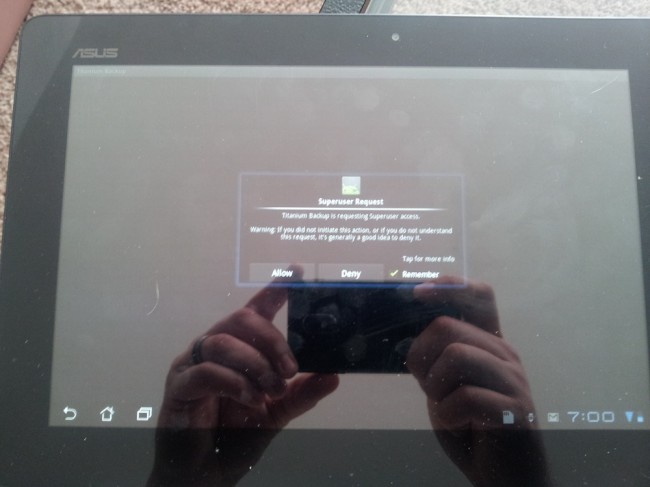 The Transformer Prime has been rooted thanks to @TeamAndIRC with their soon-to-be-released NachoRoot tool. Not much else to say about that other than a release of the tool has not happened at this time. Sir Justin Case may be holding onto it until Ice Cream Sandwich is released next week on January 12, to make sure the exploit is not patched.