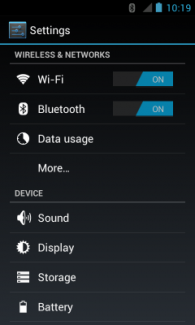 With Ice Cream Sandwich and it’s shiny new theme, the Android team has decided that it wants parts of it to remain untouched going forward, even from manufacturer skins. The theme is called “Holo” and can be seen in bits in the images up top. And when we say “remain untouched,” we mean that these themes are required if Moto, Samsung and HTC want to keep their access to the most important Google app of all, the Android Market. +1 to that?

The Android developers team has released a blog post detailing “Holo” and its requirements:

In Android 4.0, Holo is different. We’ve made the inclusion of the unmodified Holo theme family a compatibility requirement for devices running Android 4.0 and forward. If the device has Android Market it will have the Holo themes as they were originally designed.

This standardization goes for all of the public Holo widget styles as well. The Widget.Holo styles will be stable from device to device, safe for use as parent styles for incremental customizations within your app.

This should lead to a more uniform look and feel to Android going forward, something that I think most of us would agree is needed. While manufacturers tend to use their skins to differentiate, this will at least allow you, your mom and brother to all carry different phones, but to still pick up each others and know what the hell is going on.

And on a related note, the Android team also has made it clear that their new handling of themed items should allow for manufacturers to updates their devices much faster:

So a more standardized Android look, plus faster updates from OEMs? I’m happy with that.