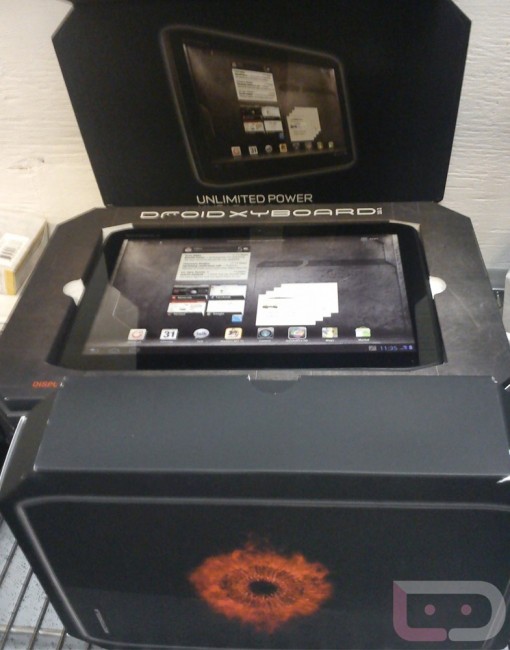 I’ll just say this up front – now that the Galaxy Nexus launch is up in the air, it probably means that devices like the XYBOARD are too. Verizon initially had pegged December 12 (Monday) as the day, but it’s anyone’s guess now (actually, tomorrow is an option as odd as that may sound). What we do know is that the demo units for stores are starting to arrive. So if you were interested in playing with one, now would be the time to call your local store and see if you can get your hands on them.

And speaking of the Nexus (because we know you need more rumors), heard a dozen times today that December 15 (next Thursday) has now been targeted (yes, ignore yesterday’s random 12/13 date). Will it happen then? Again, I wouldn’t put money on any launch date at this point after Friday was given the axe. If it does, you may also see the white RAZR along side it.