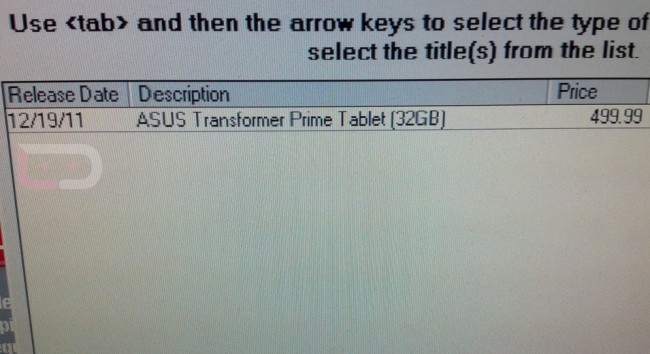 The Asus Transformer Prime has had about as many rumored release dates as the Galaxy Nexus. We had seen both December 9 and November 28 through Gamestop’s website as possibilities, but now according to their internal systems, they are expecting the world’s first quad-core tablet to be available December 19. Pre-orders have opened up and with that came some confusion as to when the device would actually be available if you were to jump on it early. There is a chance that it will be later than the 9th after all. That does seem sort of late though, especially knowing that Asus has an event planned for “early December.” We’re wondering now how confused Gamestop potentially is?