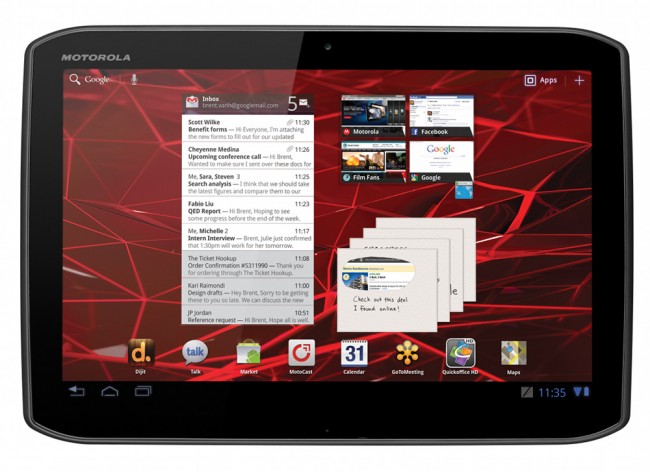 If you thought the name “Rezound” that has been attached to HTC’s latest Beast audio device was a little odd, wait until you get a load of the rumor for Motorola’s upcoming next-gen XOOM tablet here in the states. According to the folks at PocketNow, they have seen some “compelling evidence” that when the XOOM 2 lands here in the states, that Verizon is going to brand it as the DROID XYBOARD. Seriously. We’ll assume that’s pronounced ZI-BOARD (yes folks, like Cyborg) and will also recommend that if you buy one, that you never use that name in public or you might be laughed out of the building.

It sounds like a wannabe Android tablet that you can scoop up on Woot each day for $69 plus shipping. It sounds like the name of Van Damme’s newest straight-to-DVD flick. It sounds like the name a high level exec dreamed up on a late night red-eye, passed it off to his 8-year old to see if it was “cool”, got the thumbs up of “Yeah daddy, that name will rock my 3rd grade English class!”, and pushed it forward. Like, really? XYBOARD? XOOM was sort of silly, but at least it was quick, reminded you of speed, and simply worked. XYBOARD? Eh. I think we can attach a promotional quote of “XYBOARD – We’d call it the end of waiting (again), but really we just want it to be the end of the butt of your jokes.”