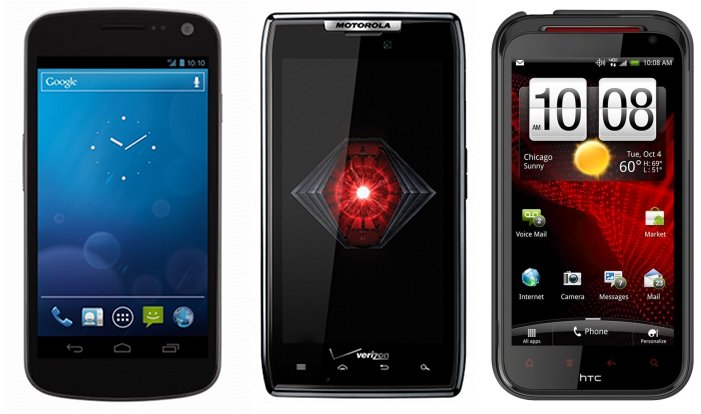 One of the most requested potential posts of the last few weeks has been a comparison chart of Verizon’s winter lineup of super phones: the Samsung Galaxy Nexus, DROID RAZR, and HTC Rezound. After traveling for 3 weeks straight to hopefully find out all that there was to know about these devices, we finally had a minute to sit down and whip up a quick chart. We should point out that most of the Rezound information is what has been given to us in a variety of leaks and is not “official” although we are pretty sure almost all of it will match up to what HTC announces on Thursday. The Galaxy Nexus and RAZR info was pulled from official spec lists and sites. Some things are missing, nothing we can do there until we get the final spec set.

And my, oh my does Verizon have one heck of a phone lineup heading into the holiday season. If anyone thought another carrier was making a push to top Big Red on Android, those dreams will be crushed come Thursday when the entire set of phones has been announced.

Chart after the break. 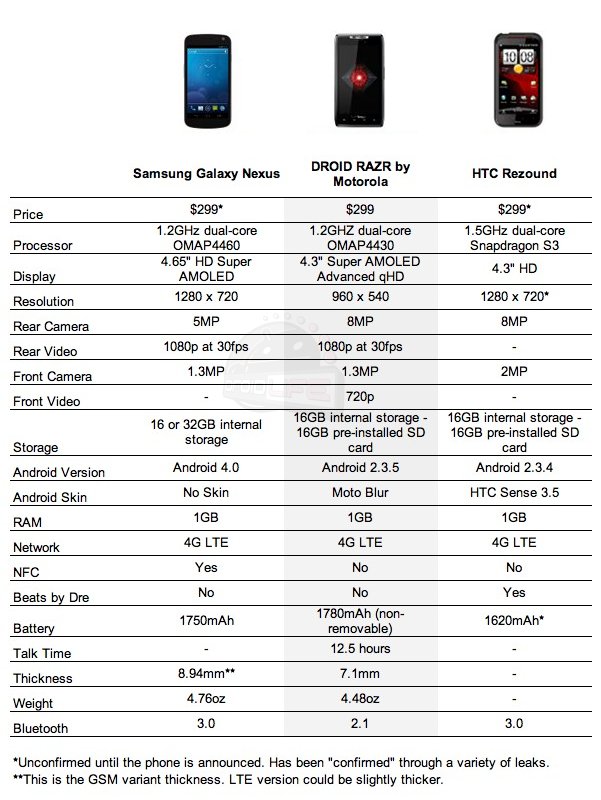