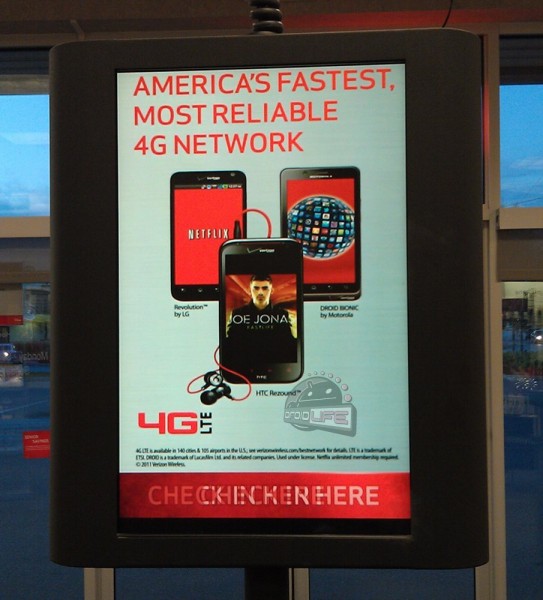 First off, the community here is the best on the planet. I know I say that all the damn time, but it’s just so true. When I received a tip that Verizon stores were running ads for the HTC Rezound, I quickly jumped on Twitter to see if anyone was near a store and would be down for a stealth photo mission. Almost 30 people stepped up and delivered. So awesome.

Anyways, there it is in the ad-flesh. The Rezound with its super sexy red soft keys, Beats by Dre earbuds, and wait…Joe Jonas? We are still waiting for Verizon and HTC to announce this phone on Thursday (which we will be at by the way), but this gives us comfort in knowing that it’s the real deal. And sorry folks, no last minute name changes back to the Vigor or Incredible HD.

Random tip in our inbox tossed out the idea on Friday that Big Red may try to slip this phone in on the 14th (which is a Monday) since the DROID RAZR is expecting to be in stores on the 10th followed by the Galaxy Nexus on the 17th. Not sure I’m fully ready to believe Verizon would change up its release schedule to a Monday when they have gone with Thursdays for at least the last couple of years, but it almost seems like they should. This is quickly shaping up to be one of the biggest months in Android history.

Close up shot after the break.