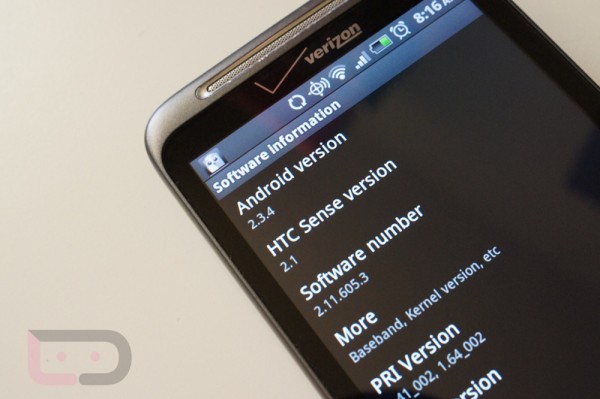 It has been a wild ride for the HTC Thunderbolt and the Gingerbread update for it that finally arrived this week.  Once it went live, users flocked to it, hoping for magic.  What they found though, was a support document (which was pulled and has now returned) that had no idea what it was talking about followed by a couple of bugs that were almost as frustrating as the 5-6 months wait.  The first was pretty major – voicemail notifications no longer worked.  Can you imagine the effect on someone whose job relies heavily on such a simple, yet important piece to their phone?

The other bug, which is just more annoying than anything, has to do with Google Talk.  With Android 2.3.4, we were all supposed to see video chatting capabilities, except they were only half-way introduced with this update for the Thunderbolt.  On my device, I could not get it to connect no matter what I tried. Others claimed they could at least connect, but there was no way to get the front-facing camera to work, leaving the service useless in video form.

And then yesterday, rumors started flooding our inbox suggesting that the update had been pulled.  Has it? We are pretty sure it has been at this point.  The thing most of you are wondering though, is “What about those of us that already updated?”  Well, all signs point to Verizon working quickly to make this situation right.  Now, I have not been given or seen a time table, but I don’t think I need to remind you of the amount of time it took them to fix that reboot bug (3 months?).  Let’s just hope they see the importance of having correctly working voicemail notifications and get this puppy out in a matter of days.

To those of you that are rooted or ROM’d, you may want to check out this fix for voicemail notifications.

Oh, and here is the correct Thunderbolt Gingebread PDF…

Cheers Jeremy, KleenDroid and everyone else!