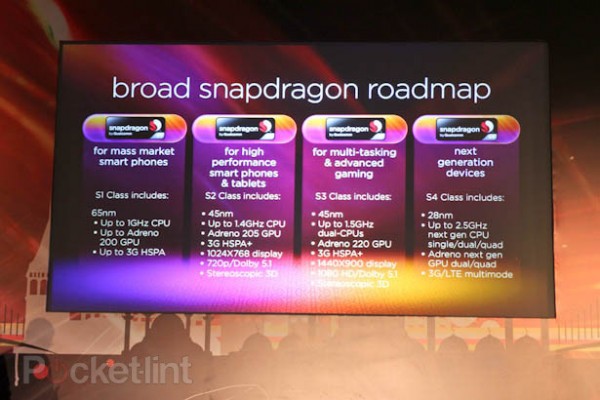 The next generation Snapdragon processors would be clocked as high as 2.5GHz in single, dual and quad cores. The S4 class chipset will also offer Adreno Graphics, 3D, 1080p HD, as well as supporting 3G and LTE connectivity as standard. These beastly processors will be available to manufactories by the end of the year, with devices hitting the market by the start of 2012.

I can’t wait for CES and MWC, now let’s hope battery innovators can come up with something “juicy”.