After the DROIDX received Gingerbread back in May, the DROID2 Global was selected by Motorola to be next in line.  Unfortunately for Global owners, the update was pulled the very same day that it was supposed to start rolling out, thanks to an enormous buglist that was introduced through the DX.  Well, here we are almost 3 months later and the update is back and ready for prime time – at least to soak test members anyway.

The initial test group of D2G owners will see the update some time in September (probably next week), with the full rollout happening shortly thereafter.

Here is the changelog that was posted back in June: 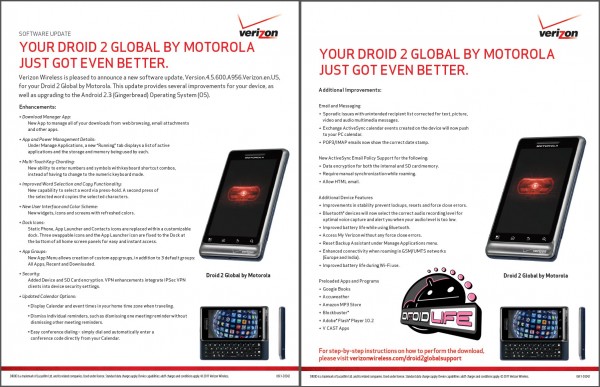 Once this puppy rolls out, we’ll only have the DROID Pro and Charge left as “DROID” branded phones without Android 2.3.  Still no word on the Thunderbolt.