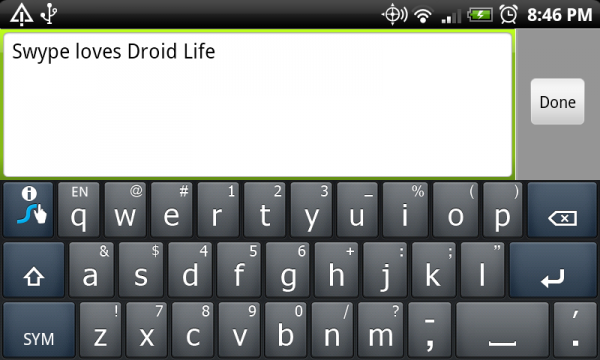 If all you Swypers have been waiting for an update to your keyboards, then start checking your Swype Installer this week. Word from Swype HQ is that updates will begin rolling out soon (hopefully tomorrow), and it will bring your Swype version to the same that runs on Sprint’s Nexus S 4G. Unfortunately, it is said to lack the black sexy skin that Sprint’s version rocks so well.

Thankfully, we have an unofficial word from an official member of Swype’s team that everything in these updates will soon be leaning towards custom skinning ability. Why this has been such a hard thing for them to implement beats us, but later is better than never. No word on official changelog yet, but once we get the press release, we will be sure to post it.

Everyone still rocking Swype, or have you moved on to bigger and better things? Let us know.